Kalman filter is a powerful tool for combining information in presence of information uncertainty. It can be used in any place where the information about the system is uncertain. It is used to make an educated guess of what the system will do in the next time-step.

Kalman filter is an ideal tool for systems that are continuously changing. The simple calculations involved means that the speed is an advantage, making it an ideal candidate for real-time systems to be implemented on embedded platform.

Since Kalman filters work recursively, they do not need the complete history of the system, only the information from previous time step is required.

The Kalman filter requires the following information to run its algorithm:

The conditions under which the Kalman filter is known to produce optimal results are:

Application in decision making for robots

Overview of the important applications

Kalman Filter is used in a variety of systems for tracking, trajectory prediction, perception and many more. One of the most important applications of Kalman Filter is the Localization in Robotics.

In robot localization, the landmarks or the environment features are known but the robot position isn’t. If the robot position is calculated using trigonometry and sensor inputs or by dead-reckoning, then it may seem like the robot is jumping around the area. Kalman filter is better in such applications, as it models the uncertainty of the sensor measurements as well.

We implemented the Kalman filter on the movement of a car, when the GPS signal is lost after the car enters a tunnel and we want to track the car’s position. The filter was built assuming the car’s initial velocity before it entered the tunnel. The graph below denotes the position as evaluated by the Kalman filter. 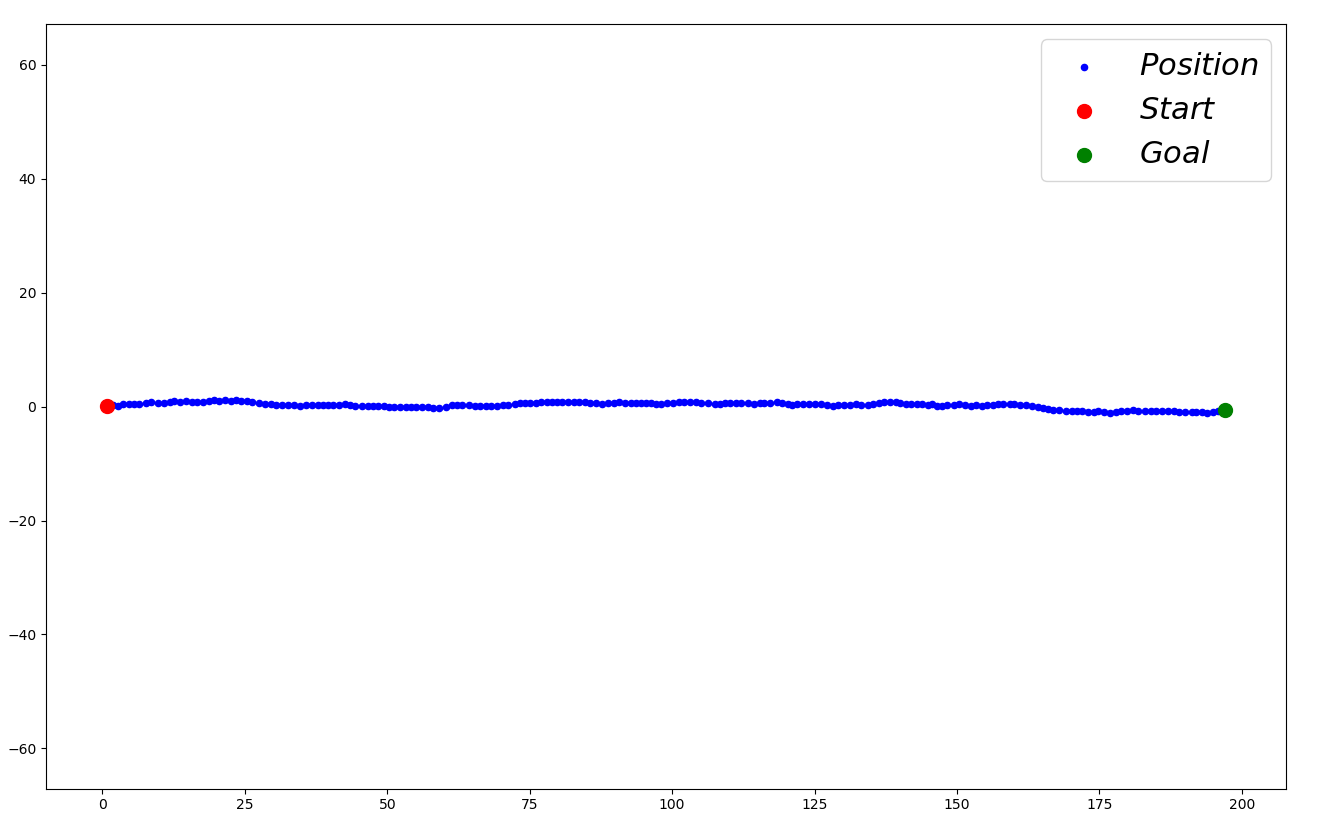 Extended kalman filter is brought into action when the system to be worked on is nonlinear. In EKF, the nonlinear system is translated into a system of linear equations using multivariate taylor series expansion. This linearization is done around the current model estimate, and the multiple variables are used to form the Jacobian. These Jacobian matrices for each current state are’then used in the Kalman filter equations to compute the next estimate.

The Unscented Kalman Filter(UKF) unlike EKF uses a deterministic sampling approach instead of calculus technique like taylor series expansion. The deterministic sampling in UKF is used to choose points from source gaussian distribution, which are called as sigma points. These sigma points are passed through the non linear function and then are used to calculate the new mean and variance for next estimate. In short, the current gaussian is mapped to a new approximation by passing it shough the non linear equations. More the number the sigma points, more is the precision, but is also increases the computation time.

Summing it all, We use Kalman filters as an estimator for a linear system. But as we start dealing with nonlinear systems, we use EKF and UKF. Especially UKF when we want more precision and performance optimization.

Although Kalman filters are being widely used in various domains, the problem of selecting the optimal initial values still remains [5]. The process noise covariance matrix has a significant impact on the value predicted by the Kalman Filter. However, the process developed for estimating the initial value of covariance matrix does not work as desired for non-linear or complex systems. Therefore, researchers have developed an adaptive Kalman Filter based on reinforcement learning, which addresses this problem.